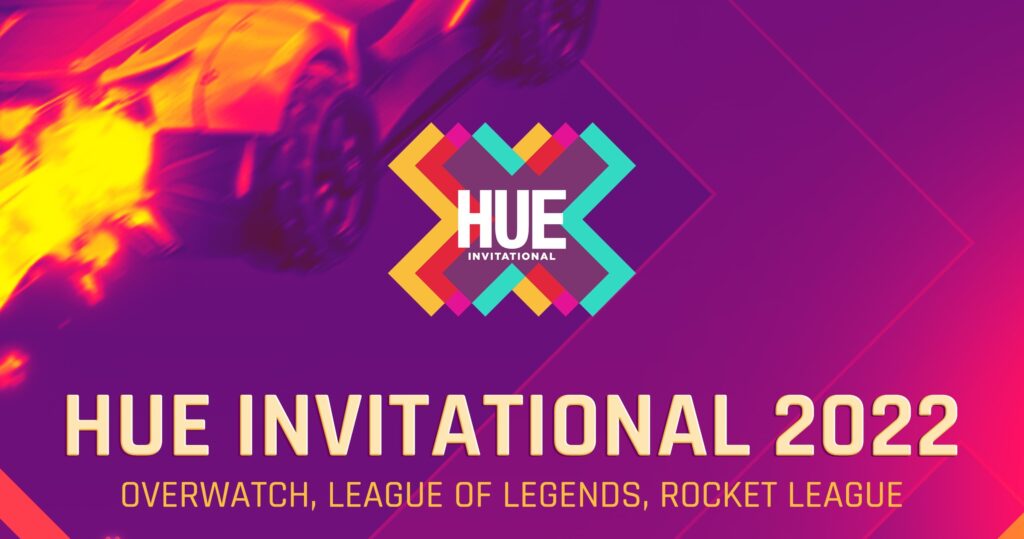 The best of the best in collegiate esports will gather in downtown Harrisburg on September 24-25 to participate in the nation’s largest collegiate esports event, the HUE Invitational, and compete for $25,000 in scholarship prizes.

Created and hosted annually by Harrisburg University of Science and Technology, this year’s HUE Invitational had more than 120 college and university teams participating in Rocket League, Overwatch, and League of Legends.  The final eight teams in each game title will come to campus on September 24-25 to play for the championship in each title.

“This year marks the fifth time the event has been held.   As a major staple of collegiate esports, HUE has become such a big part of Harrisburg University’s identity and continues to help position HU as a true leader in higher ed. and esports,” says Joe Gramano, director of Esports Program Director at Harrisburg University of Science and Technology.

Harrisburg University is home to The Storm, a varsity esports team.  The team will participate in the finals for Overwatch and League of Legends during HUE.

In addition to being the largest HUE Invitation held, this year’s event marks a collaboration between HU and three major strategic partners in gaming and esports: Intel, ESET, and Chaos Creative.

A leader in the gaming space as it concerns the production and broadcasting of esports events, Chaos will help execute the vision that Harrisburg University has for HUE. HUE brings some of the most anticipated Collegiate Esports competition in being able to provide a truly authentic esports LAN experience to students across North America, fielding the most competitive teams in the continent, says Gramano.

For those who plan to attend the in-person event, the opportunity to spectate the live Finals on Sunday, Sept. 25th will take place in HU’s Student Union space found on the 2nd Floor of the Whitaker Center located at 222 Market St, Harrisburg, PA 17101.

The event will be free entry for all guests. The first spectator match will go live at noon and continue throughout the day until about 11 pm EDT.  Masks are recommended but not required.  Harrisburg Police will provide security for the event and there will be security screening and bag checks for entry to the event.

For those who plan to watch the action online, spectators can tune into the official HUE Invitational livestream channel at twitch.tv/harrisburguniversity from 1:00 – 11:00 pm EDT.

Harrisburg University is one of the first schools to create a varsity Esports team, offering full-tuition scholarships to its players. The Harrisburg University Storm is a member of the National Association of Collegiate Esports (NACE). The Storm has won three Collegiate Overwatch National Championships since its inception in 2018. The Storm has won numerous other championships and is a two-time recipient of an international Tempest Award for Best Collegiate Esports Program. The team calls a state-of-the-art, multimillion-dollar facility located in the Whitaker Center for Science and the Arts home.

Faculty and researchers from Princeton University’s molecular biology program and the associate vice president of diversity and inclusion visited Harrisburg...

Congratulations to Paraminder Talwar of the Harrisburg University of Science and Technology corporate faculty.  He recently obtained his Doctor of...

Don’t worry, you’re not seeing things. Those really are cars lifted off the ground in the lobbies of Harrisburg University’s...

HU president to serve on Chamber Board

A new agreement between Harrisburg University of Science and Technology and St. Bede’s College will make a U.S. education accessible...

Join STEM-UP Network’s monthly networking session. Each month, a guest facilitator will speak on a hot topic during the first...

Harrisburg University congratulates University Experiential Learning Director Rebekah Harriger on her selection to participate in the Society for Experiential Educations...