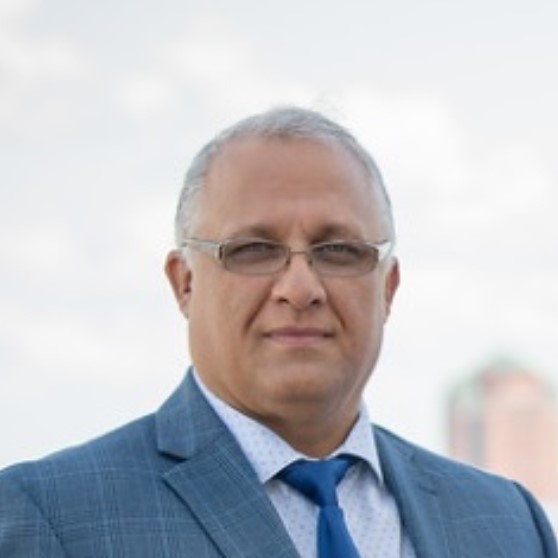 Majid A. Shaalan PhD. is the director of Computer and Information Sciences Program at Harrisburg University of Science and Technology teaches undergraduate and graduate courses in Artificial Intelligence and Computational Sciences. Majid previously taught at Colorado School of Mines, University of Colorado Denver, and the University of Denver.

He earned a Bachelor of Science in Mathematics from University of Mustansryah, Baghdad, Iraq, 1987, and a Master of Science in Computer Science from the University of Baghdad, Iraq, 2000. In 2006, Dr. Shaalan earned his Doctor of Philosophy degree in Computer Science from Informatics Institute for Postgraduate Studies, Baghdad University. His research interests include Programming Languages, Algorithms, Computational Sciences, and Artificial Intelligence.

Dr. Shaalan believes that teaching is one of the most exceptional careers. It needs to be dynamic, resourceful, and able to make complex subjects understandable which is a great challenge. “Our field changes rapidly and getting increasingly competitive, then creating, designing, and teaching new courses are subtle.” For Dr. Shaalan, these tasks are such enjoyable and he considers them as the most appropriate investment of time and energy. He prefers the interactive approach to teaching. He believes it facilitates sharing knowledge with the students, keeps them tuned, and motivates them to strive for excellence.

As a researcher, Dr. Shaalan believes that the field of Computer Science has developed a tradition of interdisciplinary. Numerous examples exist of such mutual interaction of computer science and mathematics or computer science and other Sciences. In the same manner when Newton’s scientific pursuit forced him to invent the mathematical tools that enabled him to solve the problem presented by physics; the biological investigation was the main motivation behind the creation of a new field of programming paradigms such as Artificial Neural Networks, Genetic Programming, and more advanced computer graphics.

On the other hand, it is so clear that all areas of science have urgent needs for computer scientist and mathematician’s efforts. With the greatly increased amount of data being generated by modern lab techniques and the pressure to move to more automated analysis, it is becoming even more important to involve computational methods of analysis, sophisticated algorithms that can handle the large amount of information and able to capture the short distances encrypted in the raw data, and appropriate computer graphics in response to the need to display and interpret the problem anatomy.

For STEM professors, it’s an honor to have a research paper accepted for presentation at an Institute of Electrical and...