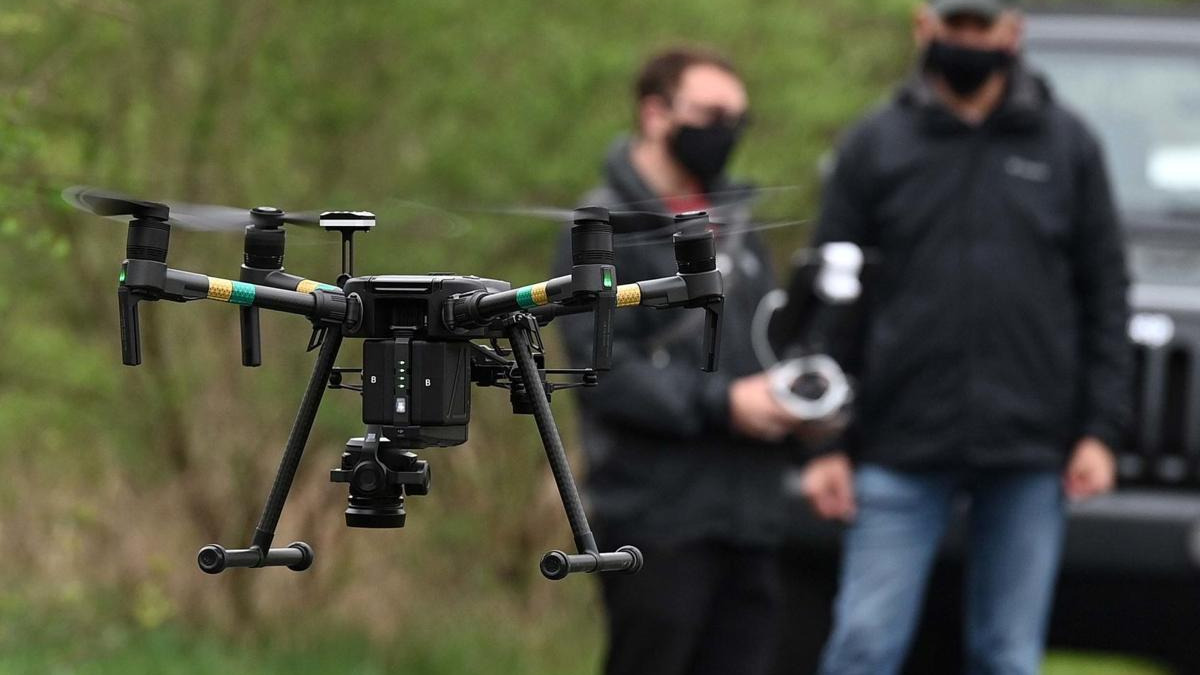 The McCormick farm is the “home farm” of the McCormick family, one of America’s most prominent families. From the late 19th century to 1917, the farm was often used as a meeting place to educate farmers on raising optimal crops and livestock. The educational meetings were part of what is known today as the Penn State Farm Extension Program. During the mid-1980s, the McCormick farm was transferred from the family to Natural Lands Trust to be preserved through perpetuity.

Harrisburg University Geospatial Technology Professor Albert Sarvis and student Joshua Riess conducted an initial flight to collect overlapping images of the property and structures which will be stitched into “orthomosaics,” or maps/images that can be seen on websites like Google Maps, but from a maximum of 400 feet to produce a much higher resolution aerial view.

A second, pre-programmed flight conducted around the main structures captured imagery to be used to construct a three-dimensional model of the property. Finally, several free flights captured views of the property and buildings from angles intended to fully document the unique features and historic value of the farm, which Vance McCormick, the last male heir of the Harrisburg McCormick family, chose to preserve in 1942 as a memorial to his great grandfather, William McCormick.

Few people outside of southcentral Pennsylvania are unaware of Vance McCormick’s fame and the first preserved farm in Cumberland County. He was the first football coach of the Carlisle Industrial Indian School, the youngest mayor of Harrisburg and partnered with Mira Lloyd Dock and Horace McFarland to clean up Harrisburg during the City Beautiful Movement. He fought against corrupt politicians, and ran for Pennsylvania governor.

Still, his most significant achievement was his connection with U.S. President Woodrow Wilson. As chair of Wilson’s second presidential election committee, Wilson won a second term. , Vance McCormick became a cabinet member, and during the Treaty of Versailles negotiations, he participated in the reparation committee.

Thomas McCormick of Londonderry, Northern Ireland, settled on the Hogestown property in 1745.

To viewmedia coverage of the flights, check out the links below: