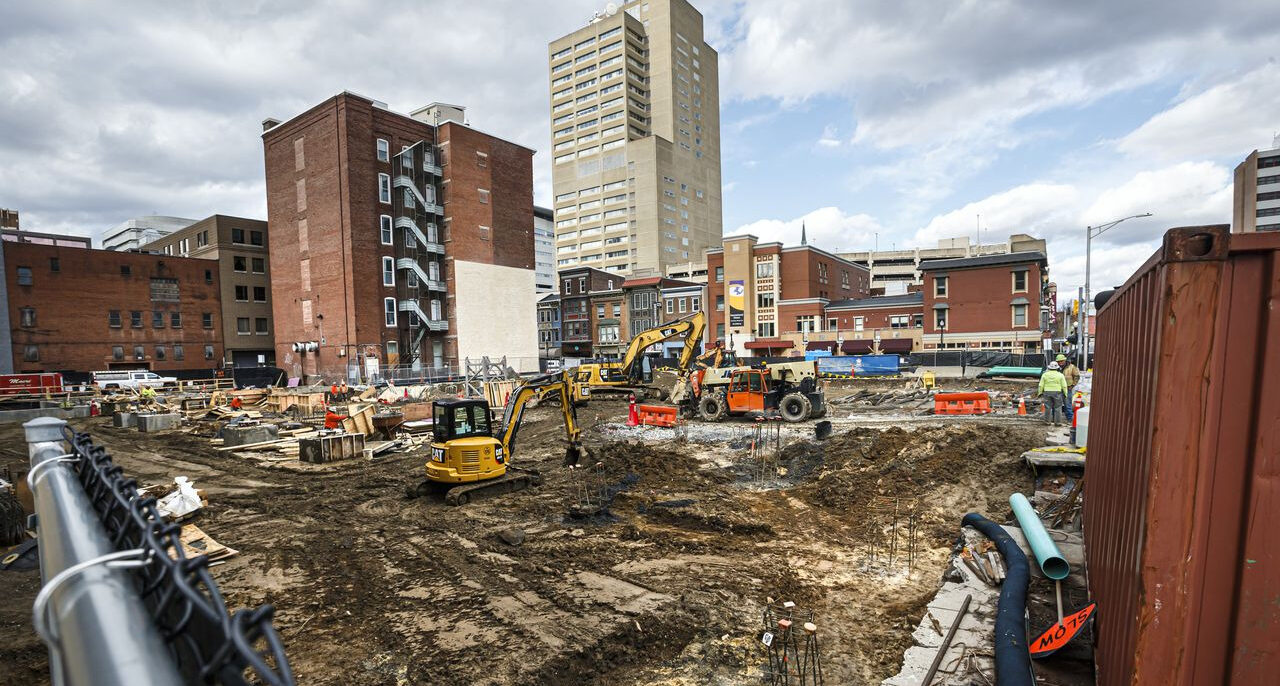 If you’re in downtown Harrisburg this weekend, look up.

Chestnut Street, between South Second and South Third streets, will close at 6 a.m. to make room for the assembly of the crane that can lift 35,275 pounds. The street will reopen at 6 a.m. Tuesday.

The new building will contain 260,000 square feet of academic space and will accommodate at least 1,000 new students in nursing, pharmaceutical sciences and other allied health programs.

The center also will include classrooms and training space for advanced manufacturing and interactive media programs, in addition to auditoriums, and student life and tutoring areas.

The timeline for the project has been affected by the COVID-19 pandemic. The building, slated to open in January of 2022 prior to the pandemic, is expected to open in 2023.

The University is spending $100 million on this project. No tax-exempt bonds will pay for the construction of the building.

Harrisburg-based Reynolds Enterprises Inc. and The Whiting-Turner Contracting Co., based in Baltimore, were hired to support Butler County architect Alex Wing of Stantec on pre-construction plans for the building.

The university broke ground on the project in July of 2019.

Check out PennLive’s coverage of the crane assembly here.

The Covid pandemic has a new generation that is Quiet Hustling and creating wealth at an earlier age than the...

Congratulations of the 2022 HUE Invitational Winners

The best collegiate esports teams in the nation descended upon Harrisburg University on September 24-25 for the finals of the...

Although video games were created in the name of fun, recent studies are analyzing the positive and negative effects of...

NuPaths, an IT and tech workforce development training provider co-founded by Harrisburg University of Science and Technology, is one of...

The best of the best in collegiate esports will gather in downtown Harrisburg on September 24-25 to participate in the...

Community partners and student groups to gather for Involvement Fair

Thursday, September 29th from 11am to 3pm in the HU Cafe is this year’s HU Involvement Fair! This fair, held...

Harrisburg University of Science and Technology’s Career Services and Experiential Learning were honored to partner with Morefield Communications who recently...

Forbes BusinessCouncil Is an Invitation-Only Community for Successful Business Owners and Leaders A member of the Harrisburg University Population Health...

Although tuition has increased across the country, Harrisburg University of Science and Technology has managed to keep its undergraduate tuition...