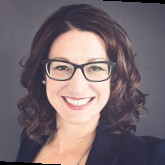 Previously, Nicole was the communications director at the Pennsylvania Department of Education (PDE), where she led the Press and Communications Office for nearly six years, spearheading the Department’s messaging strategy. She also served as press secretary from 2015- 2018, engaging local, state, and national media outlets daily.

Before transitioning to PDE, Nicole served as the Pennsylvania Attorney General’s director of Military and Veteran Affairs and worked for the Pennsylvania state House for more than a decade in the Office of the Speaker, the Legislative Communications Office, and for the Democratic Policy Chairman.

Additionally, Nicole is a member of the Pennsylvania Air National Guard, where she has served as an Intel officer and a Public Affairs Officer (PAO). In 2017, she deployed to Al Dhafra Air Base in the United Arab Emirates where she coordinated and managed nearly a dozen multi-day journalist visits from media outlets including the New York Times, Reuters, and Allure Magazine. She has also been a member of the Harrisburg University corporate faculty since 2018, where she teaches professional communications in the graduate school.

By Nicole Reigelman, Corporate Faculty, Harrisburg University of Science & Technology Even the best project manager cannot do it alone....

Project Communications in the Virtual World

Nicole Reigelman, Corporate Faculty, Harrisburg University of Science & Technology “You’re on mute.” “Your screen is frozen.” “Can you go...