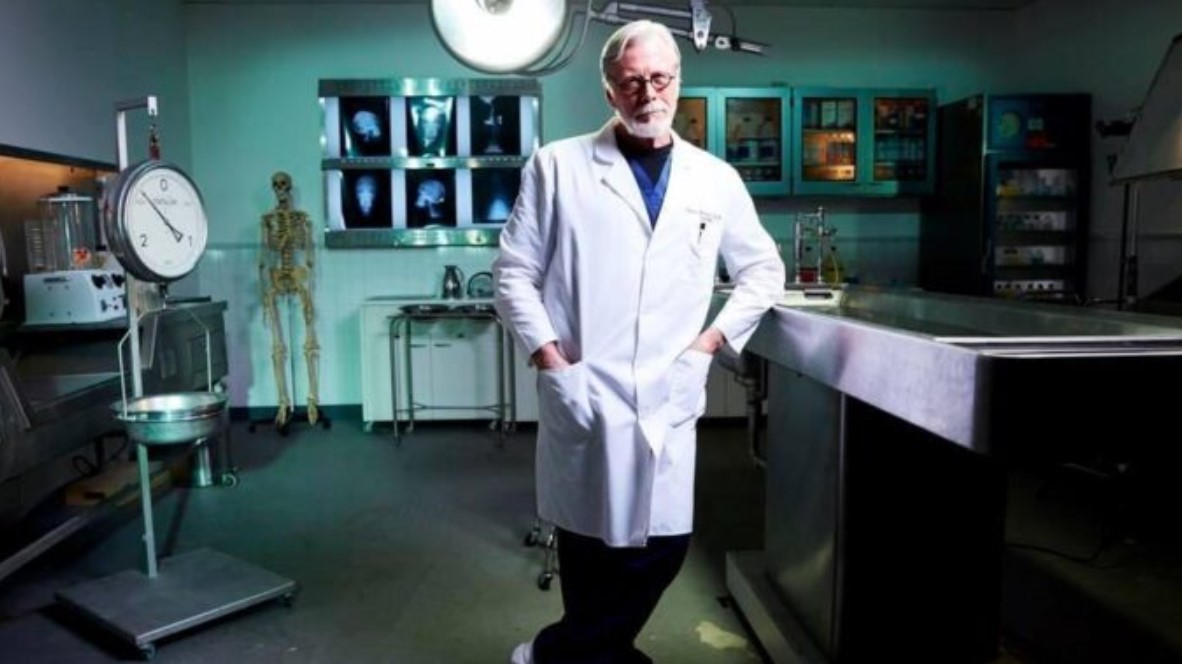 Harrisburg University professors are the foremost experts in their fields who share a wealth of experience with students – experiences that bring classes to life.

Graham Hetrick, who teaches Forensic Science at Harrisburg University, brings 25 years of experience as the coroner of Dauphin County to his classes. Each year, Hetrick is tasked with investigating nearly 700 suspicious deaths, a responsibility that to his starring in the popular Investigation Discovery television show, “The Coroner: I Speak for the Dead,”

Hetrick and other HU professors also often serve as featured resources for local, national, and global news stories. Most recently, Hetrick weighed in on the COVID-19 pandemic, vaccines, addiction, and more with The Jacksonville Free Press.

“We will not be getting back to what we thought was normal. We are going to have to learn to live a different way, economically, politically, socially, medically, and sustainability is going to be more difficult,” Hetrick said. “There’s no doubt about it. This is a long period. If people think, “Oh, the virus is over, New York is coming back,” forget it. It’s a desert land right now. And I know many, many people high up on the understanding of what’s happening down there economically, and we’re just not going to recover from that.”

To read the article, titled “The Coroner’ Graham Hetrick Tackles Covid, Addiction, Vaccines and Deep-Breathing to Cure Disease,” in its entirety, follow this link.

The Information Systems Engineering and Management (ISEM) department of Harrisburg University of Science and Technology is accepting applications for a...

Harrisburg University, along with the Pennsylvania Department of Health and Department of Aging, has been named a participating team in...

Harrisburg University congratulates Analytics Professor Dr. Olga Scrivner who has been invited to serve as an Editorial Board Member for...