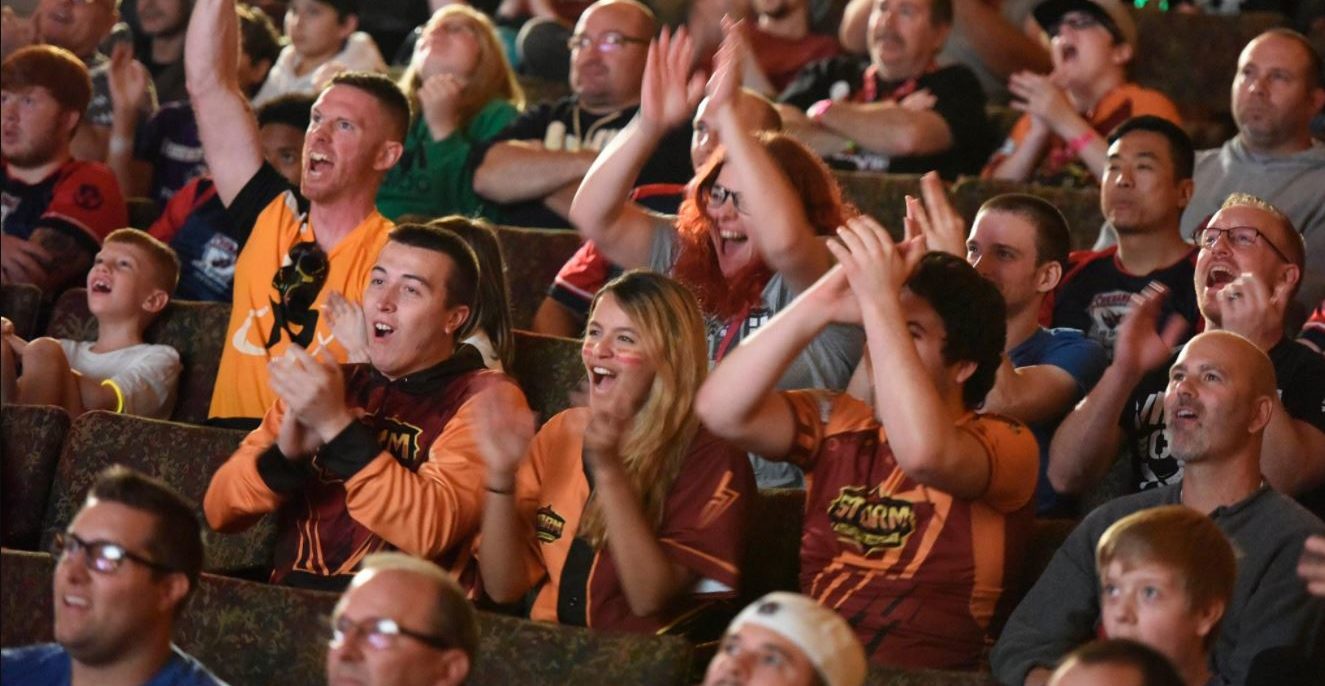 Harrisburg University Esports (HUE) Festival is a FestX Award finalist in the Best Esports Festival category. The FestX Awards honor innovators and visionaries in the festival space. The full list of nominees include:

“It is an honor to be recognized at this global level,” said Harrisburg University of Science and Technology (HU) President, Eric Darr. “This acknowledgment is a giant step in solidifying Harrisburg as a true esports destination.”

HUE Festival, the largest collegiate esports tournament to date, welcomed 32 of the top collegiate esports teams from 21 schools across the U.S. to battle for their piece of a $50,000 prize pool. Festival-goers were also treated to live music featuring Lit, Alien Ant Farm, and Atlas Genius, while an array of local food trucks and vendors rounded out the weekend’s line-up.

The event showcased the skills of leading collegiate esports players, many of whom have hopes of going pro. Additionally, professional shoutcasters helped broadcast the tournament to more than 156,000 followers on Twitch, including Overwatch caster/analyst Mitch “Ubershouts” Leslie and League of Legends caster Clayton “Captain Flowers” Raines and analyst Jason “Wildturtle” Tran.

players and coaches commented on the professional-quality production and top-of-the-line equipment throughout the competition.

“The new era of athletes deserve a new level of equipment,” said Josh Pann, HP’s Head of Collegiate Esports Development. “We are delighted that the HUE Festival teams practiced and competed on OMEN’s cutting-edge computers, giving teams the best power and performance in each game.”

Harrisburg University’s campus, in partnership with the Whitaker Center for Science and the Arts, offers more than 174,000 square feet of available space for esports practice, viewership and competitions, making it a great space for players and spectators. With location in close proximity to the train station and airport, combined with its central position to major cities like Philadelphia and New York City, Harrisburg is a prime destination for those looking to come together and celebrate this booming industry.

“I have been around the professional esports space for a long time, as a player and a coach,” said Chad “History Teacher” Smeltz, Director of esports at Harrisburg University. “HUE Festival brought professional quality competition to a campus that is truly supporting and investing in the future of esports. This was the first tournament experience for some of the teams participating and HUE Festival set the standard for what players can expect at the competitive, collegiate level.”

Plans are in the works for 2019 events, including more tournaments and larger community efforts, like HUE Festival.

FestX winners will be announced at the XLive 2018 Annual Conference and Expo at Mandalay Bay in Las Vegas, NV, December 9-12, 2018. This three-day conference brings together industry leaders at the intersection of music, film, esports, technology, and more for an experience that culminates world-class live events.

If you’re in downtown Harrisburg this weekend, look up. Crews will begin building a 255-foot-high tower crane on the site...