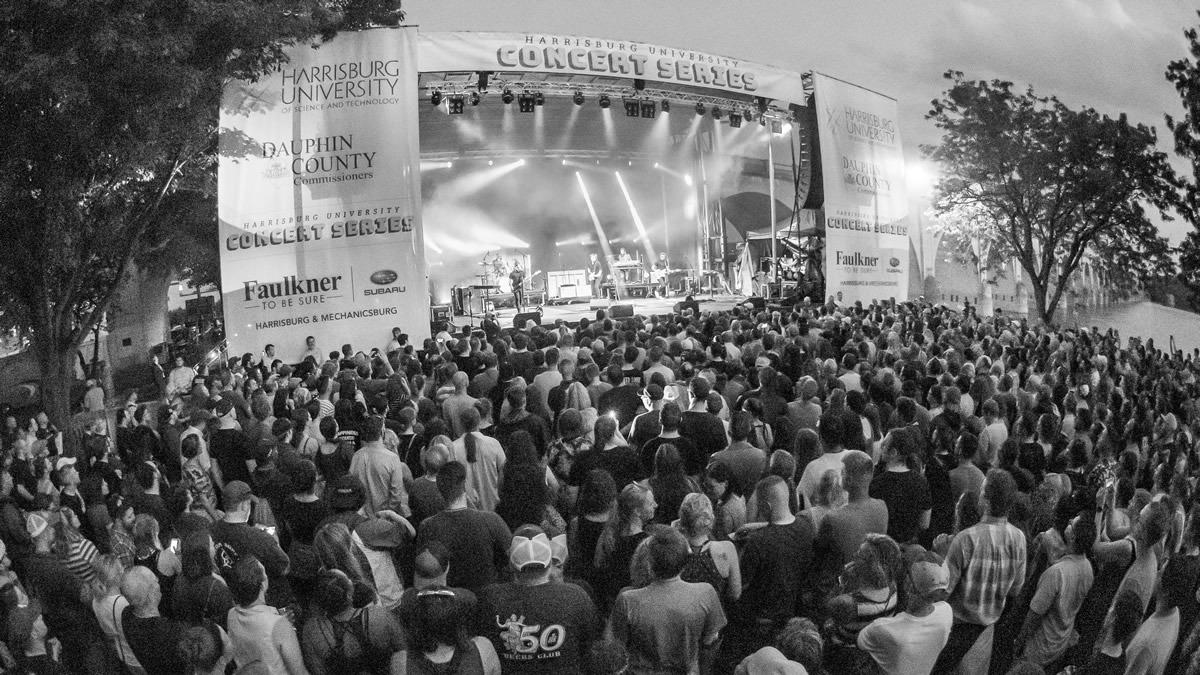 “We are excited to partner with a widely-known, award-winning regional brewery like Tröegs to present the third installment of the HU Presents Summer Concert Series,” said Frank Schofield, HU Director of Live Entertainment and Media Services. “Lord Huron and First Aid Kit are going to rock Riverfront Park! And keep an eye out for the announcement of more exciting Summer Concert Series shows.”

Thousands enjoyed downtown Harrisburg, Riverfront Park, and the return of live music as HU Presents hosted four incredible shows featuring Young the Giant, Jason Isbell and the 400 Unit, Portugal. The Man, and Cage the Elephant in scenic Riverfront Park last year. Before the pandemic struck, HU Presents welcomed Death Cab for Cutie to Riverfront Park during the summer of 2019.

Music lovers can expect more of the same great outdoor shows this year!

“We jumped at the chance to be a part of this concert series,” says Tröegs founding brother Chris Trogner. “A beautiful outdoor venue, great music, and local beer … what more could you ask for? Tröegs was founded in Harrisburg, and we love supporting events where our fans and co-workers live, work and play.”

HU Presents is the leading source for indie music and entertainment’s biggest names. Join us for a blend of music, comedy & more! For show information and tickets, visit concertseries.harrisburgu.edu.

Founded in Pennsylvania in 1996 by brothers John and Chris Trogner, Tröegs Independent Brewing is driven by a sense of adventure and curiosity. From the beginning, our brewery has been built by family, friends and kindred spirits who share a love of great beer.

“We’re not an English ale brewery,” says co-founder Chris Trogner. “And we’re not a German lager brewery. We take bits and pieces from each one of those traditions and try to come up with what we think is a very creative and great-tasting beer.”

Tröegs is widely known for award-winning beers like Perpetual IPA, Troegenator, Nugget Nectar and Mad Elf, as well as our experimental Scratch Series, wood-aged Splinter Series and Hop Cycle Seasonals. Tröegs started working in earnest with local ingredients back in 2002 with the debut of holiday favorite Mad Elf. Today, the brewery buys about 25,000 pounds of local honey and 150,000 pounds of Pennsylvania-grown barley every year.

Through rotating seasonal menus, Tröegs Scratch Kitchen is a showcase for new tastes and flavors, and our Guided Production Tour was named best brewery tour in America by readers of USA Today. The annual Art of Tröegs contest showcases our love of art by challenging fans to create original artwork inspired by our beers.

“We’re drawn to people with a sense of adventure,” says co-founder John Trogner. “And we think they’re drawn to Tröegs.”

Harrisburg University of Science and Technology associate professor Terrill Frantz has been invited to take part in the “Quantum Workforce:...

Digital Communications and Marketing Experts to Speak at CIE Event

You are invited to join the conversation as digital marketing experts discuss tools and strategies they use to stay connected...

Given the current high rate of COVID-19 cases related to the Omicron variant, Harrisburg University of Science and Technology  will...

An Insight Report on Quantum Computing Governance Principles has been just released at the World Economic Forum (WEF) Annual Meeting...

Leaders should pay attention to the case of Holmes: not Sherlock, the other one

The Elizabeth Holmes case, leadership, ethics and managing a business are among the topics covered in Jay Jayamohan’s latest column...

Harrisburg, Pa. – Harrisburg University of Science and Technology is pleased to announce the hire of Dr. Richard Pitts, Jr....