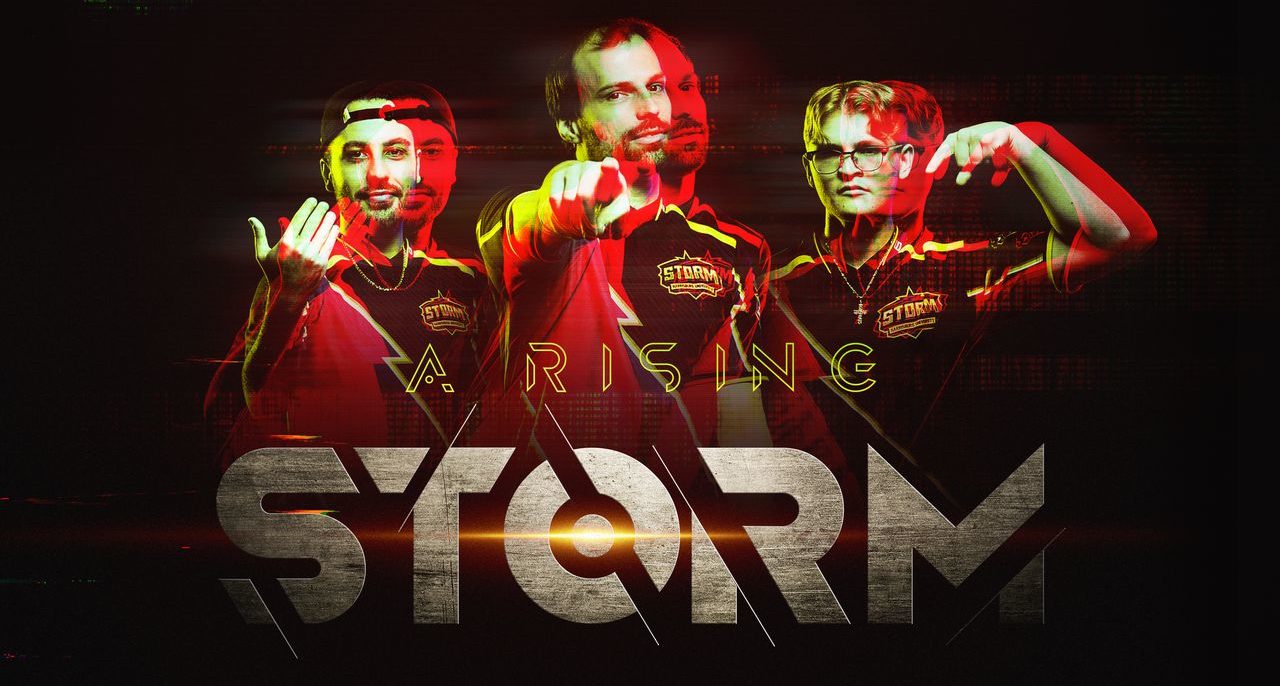 A new documentary chronicling the trailblazing efforts of The Harrisburg University (HU) Storm’s journey to building a world-class collegiate Esports program will premiere at this year’s PAX West Convention on September 17 at 2:45 PM EST. The premier will be held in conjunction with the 2020 HUE Invitational, which has expanded to include an Academic Summit in partnership with InvenGlobal.

Set against the backdrop of HU’s quest to become an Esports powerhouse, “A Rising Storm” is a behind-the-scenes journey into how Harrisburg University has taken its Esports program from inception to domination in only two years: developing a star-studded coaching staff of ex-professional gamers; recruiting promising student athletes; and enforcing a rigorous practice regimen, strict GPA requirements, and even participation in a physical fitness program. Varsity esports players are offered full-ride scholarships, and graduates earning a Bachelor of Science in Esports Management, Production, and Performance are helping to fuel the explosive industry’s workforce.

“This documentary captures the grit, teamwork, and character it takes to field a national championship esports team,” said Chad Smeltz, HU Director of Esports. “Everyone involved in the team’s growth knows how hard we’ve worked to build an amazing culture, and we’re thrilled the rest of the world will get to witness that now too.”

Gamers and Storm fans can stream the live premiere of the 30-minute documentary on the PAX2 Twitch channel, available on the PAX event page. Viewers can also live chat with the director of the documentary, Adrian Selkowitz, along with Storm Head Coaches, Joe Gramano and Alex Chu, and Esports Program Director, Chad Smeltz.  Following the premiere, “A Rising Storm” will be available to stream worldwide on Amazon video, Apple TV and Google Play.

“A Rising Storm” has been recognized at several film festivals, including PopCon International in Indianapolis, Seoul Webfest in South Korea and India’s Pune Short Film Festival.

Harrisburg University’s Esports Program is the university’s first and only varsity sport. The varsity team competes in some of the most popular esports games around the world, including League of Legends and Overwatch. Team members practice and contend in a state-of-the-art facility and receive full scholarships. HU’s Overwatch players are back-to-back Collegiate National Champions, and the HU Storm was named the 2019 Tempest Award Winner for Best Collegiate Esports Program. For more information, visit hustorm.gg or follow the University on Facebook, Twitter and Instagram. You can watch the team live on Twitch.

The Harrisburg University Esports Invitational (HUE) is the largest annual collegiate esports tournament in North America. Hosted by Harrisburg University and powered by Nerd Street Gamers, HUE brings together over 60 teams from colleges across the continent to battle for the Championship titles in Overwatch and League of Legends and a cash prize. For 2020, HUE will be completely virtual and streamed via HU’s twitch channel. For more information, visit HUEinvitational.com

For STEM professors, it’s an honor to have a research paper accepted for presentation at an Institute of Electrical and...

Two Harrisburg University professors and a Phoenix Contact engineer delivered presentations on a planned update to the University’s state-of-the-art aquaponics...

HU Partners with Woz Enterprise on IT Apprenticeship Program

Individuals in the program receive pre-acceptance into HU ISIT program Harrisburg, PA – Harrisburg University of Science and Technology is...

Harrisburg University has been named among the Top 10 universities in the U.S. for Indian Students by The Academic Insights...

Quantum computing is poised to flip the computing world upside down as quantum properties increasingly are used to build new...

A college search website has ranked Harrisburg University of Science and Technology within the top 15 percent in more than...

A paper resulting from groundbreaking research being conducted by Harrisburg University faculty and students in partnership with the Susquehanna River...

Join Harrisburg University’s Center for Innovation and Entrepreneurship from noon to 1 p.m. Oct. 21 for an exciting opportunity to...