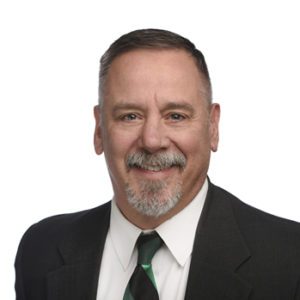 Scott A. Rainey is a veteran of the U.S. Army having retired on July 31, 2013 as Lieutenant Colonel with over 26 years of service. His terminal Army assignment was serving as Director, Human Resources at the U.S. Army War College at Carlisle Barracks. Mr. Rainey’s military service included a variety of command and staff assignments at military installations across the United States and around the world, including tours in Germany, Korea and Iraq.

Upon retirement, Mr. Rainey was nominated to the State Civil Service Commission by Governor Tom Corbett and confirmed by the Pennsylvania State Senate on June 30, 2013. Governor Corbett appointed Commissioner Rainey to serve as Chairman of the Commission effective this date and he remained in this capacity until July 12, 2015.

Mr. Rainey is a native of Troy, Alabama. He is a 1987 graduate of the U.S. Military Academy at West Point where he earned a Bachelor’s degree in International Relations. His education also includes a Master’s degree in Public Administration from Webster University (1999) and a Master’s degree in Strategic Studies from the U.S. Army War College (2009).

How a project management degree can help you to be a more successful manager?

Have you heard about Agile Methodology & Scrum Master? Harrisburg University invites you to a special session where you will...

Welcome to the Harrisburg University of Science and Technology (HU) Project Management blog page, Getting Stuff Done (GSD).  I am Scott...