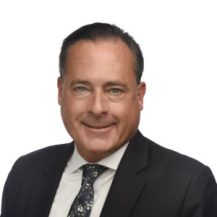 Scott Foulkrod practiced law in the Harrisburg region for 20 years in the areas of criminal defense, business counseling, and litigation. As part of HU’s corporate faculty he teaches courses in law, philosophy and literature.

He is a graduate of Cumberland Valley High School near Harrisburg, the University of Richmond with a BA in both English and French, and Widener University School of Law’s Harrisburg campus. He has served on the board of and as president of the Harrisburg Young Professionals (HYP) and remains involved in that non-profit organization’s efforts to continue to improve Harrisburg’s quality of life for younger adults. In 2004 he helped to develop and served as the first leader of the Pennsylvania Young Professionals, our nation’s first statewide young professionals organization developed to reverse the state’s brain drain of young talent leaving the state. Scott serves as advisor to a number of HU student organizations including the student athletic club.