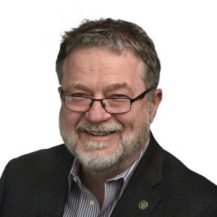 Dr Rob Furey earned his doctorate at the University of Tennessee, Knoxville in Life Sciences program with a specialization in ethology. His work was centered around social aspects of spider behavior, but his interests have broadened to include areas of astronomy, physics, geology and forensics. Before coming to Harrisburg University Dr Furey has been associate professor of behavioral science at the Université Henri Poincaré, Vandouvre les Nancy, France, visiting European researcher at the Free University of Brussels, and assistant professor in New Century College at George Mason University. Dr Furey won numerous awards for innovative teaching from both academic and business groups, and was invited to present a broad integrated science course to a pedagogy group at NASA Ames. He has been working closely with the Dauphin County Coroner’s office as a sworn deputy since January 1, 2006. His current position in Integrative Sciences at Harrisburg University is well suited to his interests and teaching style. Complimentary activities include director of the environmental education center at Fort Belvoir, Virginia, guide and science advisor to a Partridge Films film crew in Equatorial West Africa and a regular science column in Aeon Magazine.