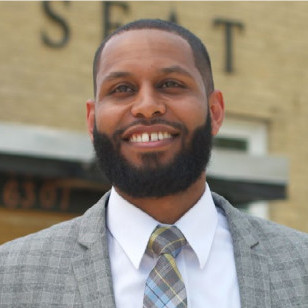 Mohamed Abdelhameid’s professional experience includes technology consulting, particularly in the realm of Smart Cities and IoT, management systems engineering, and business process improvement. Mohamed’s educational experience includes earning a B.S. in Industrial and Systems Engineering (ISE) in May 2010 and an M.S. also in ISE, but with a concentration in Management Systems Engineering in December 2011 from Virginia Tech.

Following graduation, Mohamed started his career at IBM Global Business Services, where he spent six years working in the Public Sector’s Watson IoT and Supply Chain Management practice. Mohamed supported numerous federal clients including but not limited to the US Navy’s Center for Cost Analysis, the Veteran’s Affairs Office, and Army ITA, in various roles including project management, data analysis, and business process improvement. During the latter stages of his time at IBM, Mohamed focused on Smart Cities, IoT, and A.I. related projects, including the City of Seat Pleasant’s Smart City Transformation project.

In December of 2017, Mohamed left IBM and started a consultancy (PoleStar Solutions LLC) focused on Digital Transformation as well as Web Design and Development. Mohamed and his team helped deploy Smart City technologies in order to improve government services at the City of Seat Pleasant. The success of Seat Pleasant’s Smart City transformation is predicated on the guiding principle that the citizen is the most important stakeholder, as well as the forging of numerous strategic partnerships with private, educational, and public institutions.

As a recognized thought leader in the Smart City space, the City of Seat Pleasant has presented its vision and model for a Small Smart Cities to numerous municipalities and counties, state and federal legislators, and to some of the world’s leading technology companies and universities.