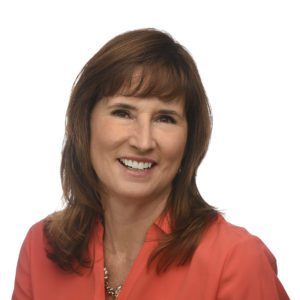 Kelly is responsible for leading expansion of the existing university centers as well as creating new centers that meet strategic workforce needs. She understands the complexities of the twenty-first-century workforce and uses her vision and experience to guide HU’s centers. Kelly is responsible for forming partnerships with employers–including state and municipal governments–to build and market all manner of education programs that meet employer needs, aligning and connecting HU’s educational programs with the needs of employers.

The HU Institutes and Centers which Kelly directs include the Government Technology Institute, Security Center of Excellence, Analytics Institute, Center for Project Management Innovation, and the Center for Environmental and Geospatial Technology. Kelly began at HU on February 2, 2015.

Kelly served as Cabinet Secretary of the Governor’s Office of Administration (OA) from 2011 until 2015. As a member of the Governor’s senior staff and cabinet, Kelly led the agency responsible for oversight and administration of the enterprise functions of Human Resources, Information Technology, the Governor’s Innovation Office, Continuity of Government and Records Management for more than 73,000 employees in over 40 agencies, boards and commissions under the Governor’s jurisdiction.

Prior to serving as OA Secretary, Kelly was Executive Director of Public Service at the Pennsylvania Higher Education Assistance Agency (PHEAA). In her role, she oversaw the departments of Pennsylvania School Services, State Grant and Special Programs, Public Service Technology Systems, and the Postsecondary School Alliances and Nursing Programs.

Prior to her tenure at PHEAA, Kelly served as a member of Governor Tom Ridge and Governor Mark Schweiker’s Cabinets as Secretary of the Department of General Services. In that position, she oversaw a department of 1,500 employees and an operating budget of $135 million.

In other state government service, Kelly has been responsible for widespread improvements in the state’s IT and e-commerce strategy. In the private sector, she served in executive roles in marketing, human resources and purchasing for international and regional firms.

Kelly earned a Bachelor of Science degree in Business Administration from Villanova University; a Master of Business Administration degree from Pennsylvania State University; and was part of the Strategic Leadership for State Executives at the Governors Center, Duke University. She is also a graduate of Leadership Harrisburg Area’s Executive Leadership program and is past chair of the Capitol Regional Economic Development Corporation (CREDC) and past president of the National Association of State Chief Administrators (NASCA).