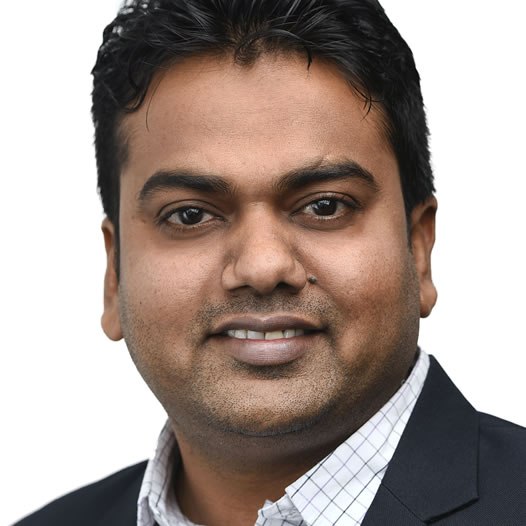 Chintan Kanadia is a creative and passionate Computer Science Instructor dedicated to fostering a student-centered classroom environment based on mutual respect and collaboration. He is a research-oriented academician with over 8 years of experience in a reputed university. He has a strong commitment to helping students identify and develop their own passions while in a successful professional career.

Chintan Kanadia started his bachelor study in August 2003 in one of India’s reputed engineering college. During his time at Dharmsinh Desai University, as a Computer Engineering student, he participated in various projects such as Tech Fests, Poster Presentations, and Website Development for various events. During his bachelor’s degree, he actively participated in social events such as blood donation camps and computer literacy in rural areas. After completing his project training at Adani Retail Ltd, Chintan Kanadia received a degree with First Class Honors then went on to work as a consultant in Web development training.

The selection at Dharmsinh Desai University as a Lecturer (July 2008) was a breakthrough in his career where he started teaching various subjects in Computer Science and Engineering to undergraduate students. In the Yearly Tech Fest ‘Felicific’, he gained experience working as a coordinator and managed technical events. He has also guided over 50 projects and implemented 4 projects.

In March 2010, Chintan Kanadia successfully cleared GATE (Graduate Aptitude Test in Engineering) – a national level technical exam with 93 percentile. As a result, the university decided to sponsor him for a Master’s Degree. He has conducted a full-time job and extensive research in the field of Cloud Computing where he gained a Masters of Technology in Computer Engineering degree with 7.4 CPI (First Class with Distinctions) on May 12, 2013. In summer of 2014, Chintan Kanadia worked as Presiding Officer in “Lok Sabha Election”, the world’s largest election for ECI, for the Government of India.

Cloud Computing and Infrastructure as a Service (IaaS) building, DevOps, and Cyber Security.